My suspicion is that some testing of ASICs has occurred and has now ended. Perhaps it was thought that by gradually adding hashrate no one would notice the increase, but they didn't think about gradually ending testing, hence the rapid decline. And it wouldn't be particularly noticeable if the historic charts of pool % of network hashrate were not available.

Anyone have other ideas?

Feel free to comment. I'll try to reply, but I've just realised there's some blogger.com problem preventing me from reply at the moment. I hope to get it fixed soon.

Weekly average round length as a fraction of difficulty:

Average number of shares submitted per round / difficulty

Figure 9: Chart of fulltime miner earnings loss at a proportional pool caused by pool hoppers, expressed as expected PPS earnings for fulltime miners. Currently only for Bitlc and Deepbit. 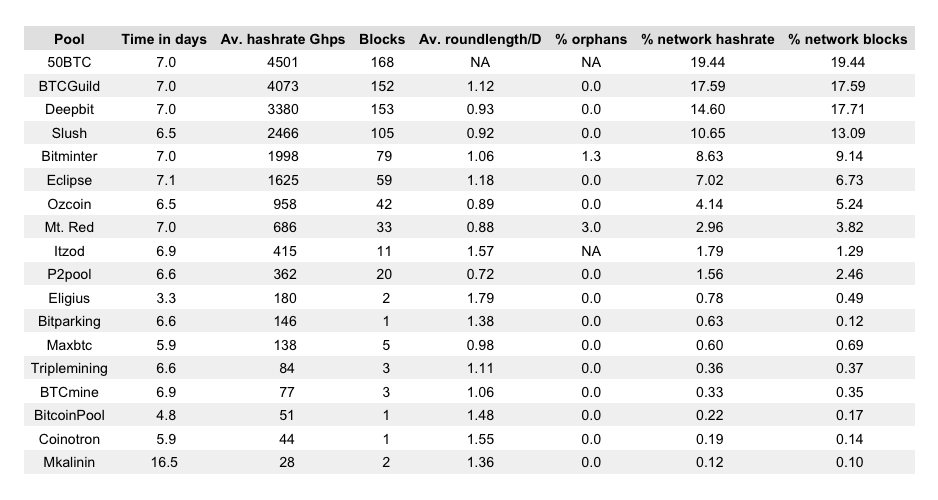 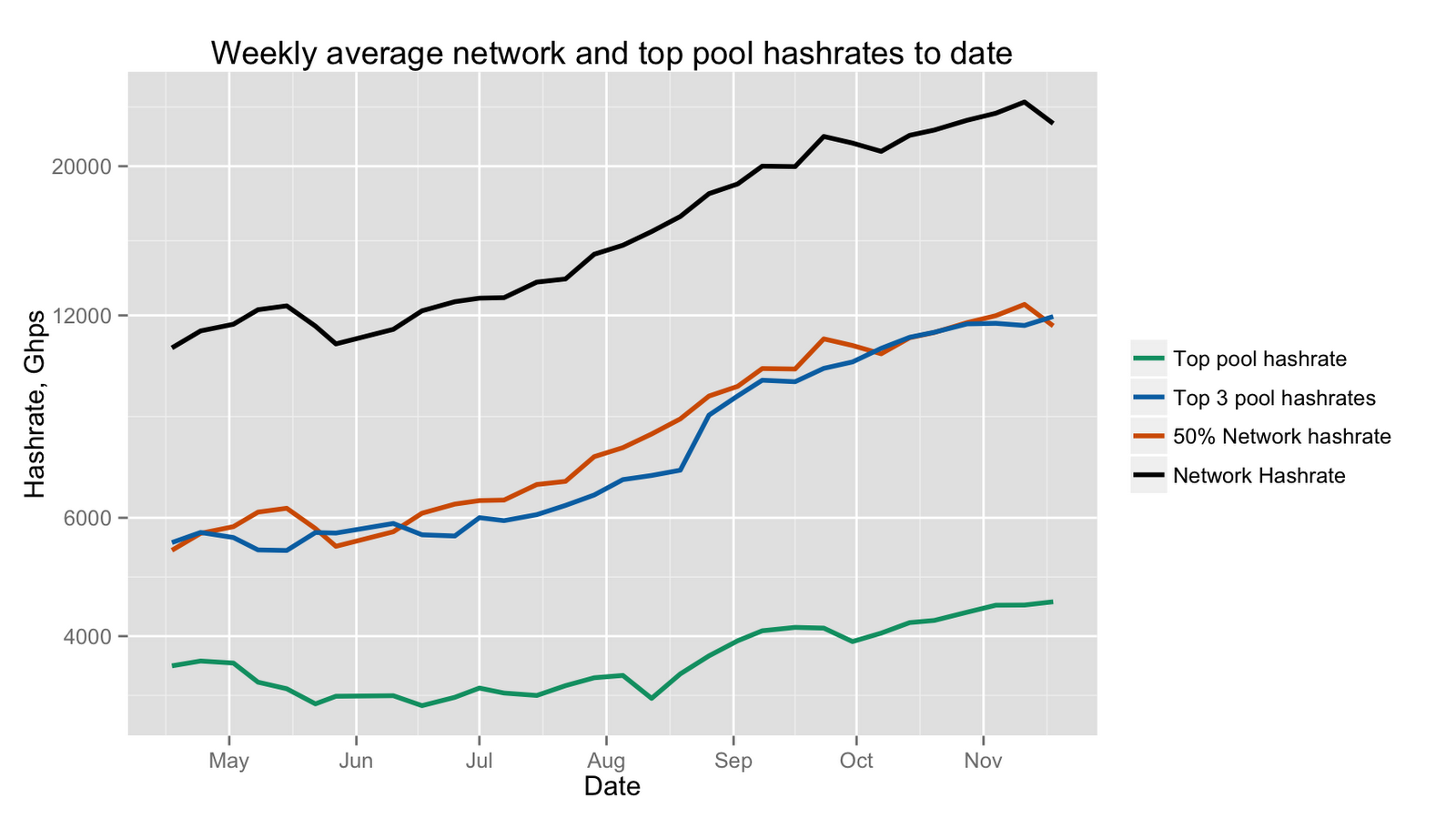 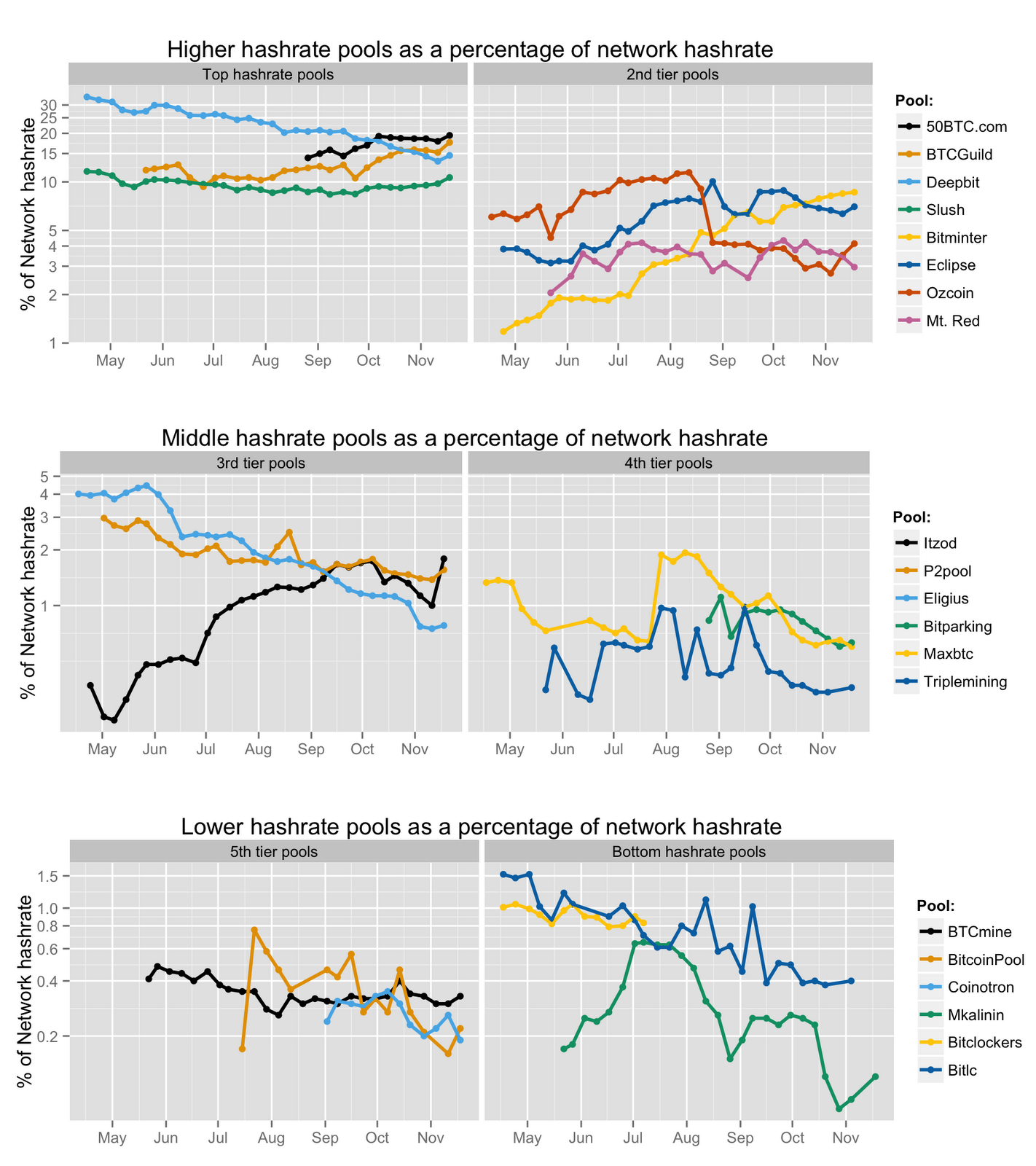 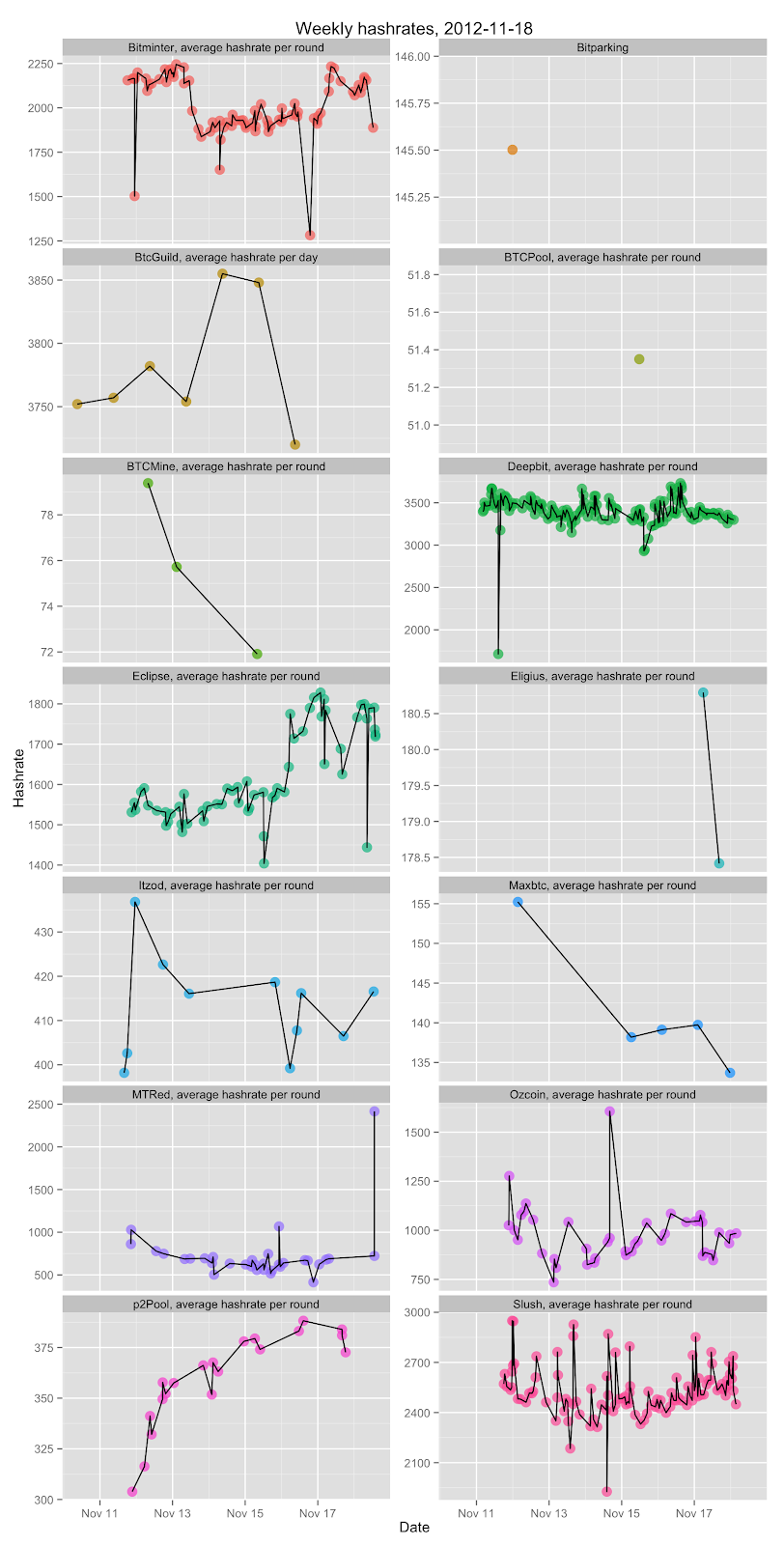 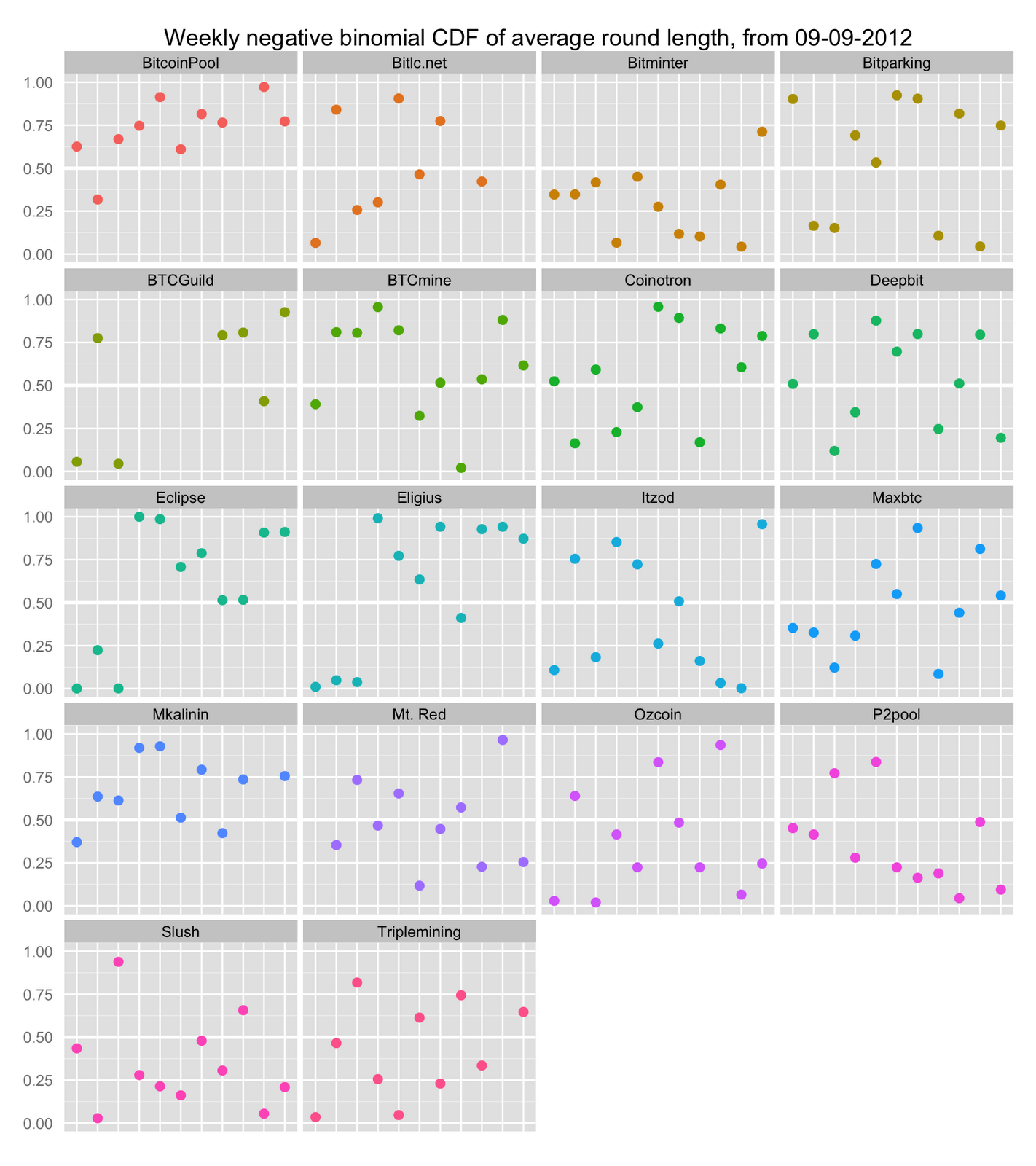 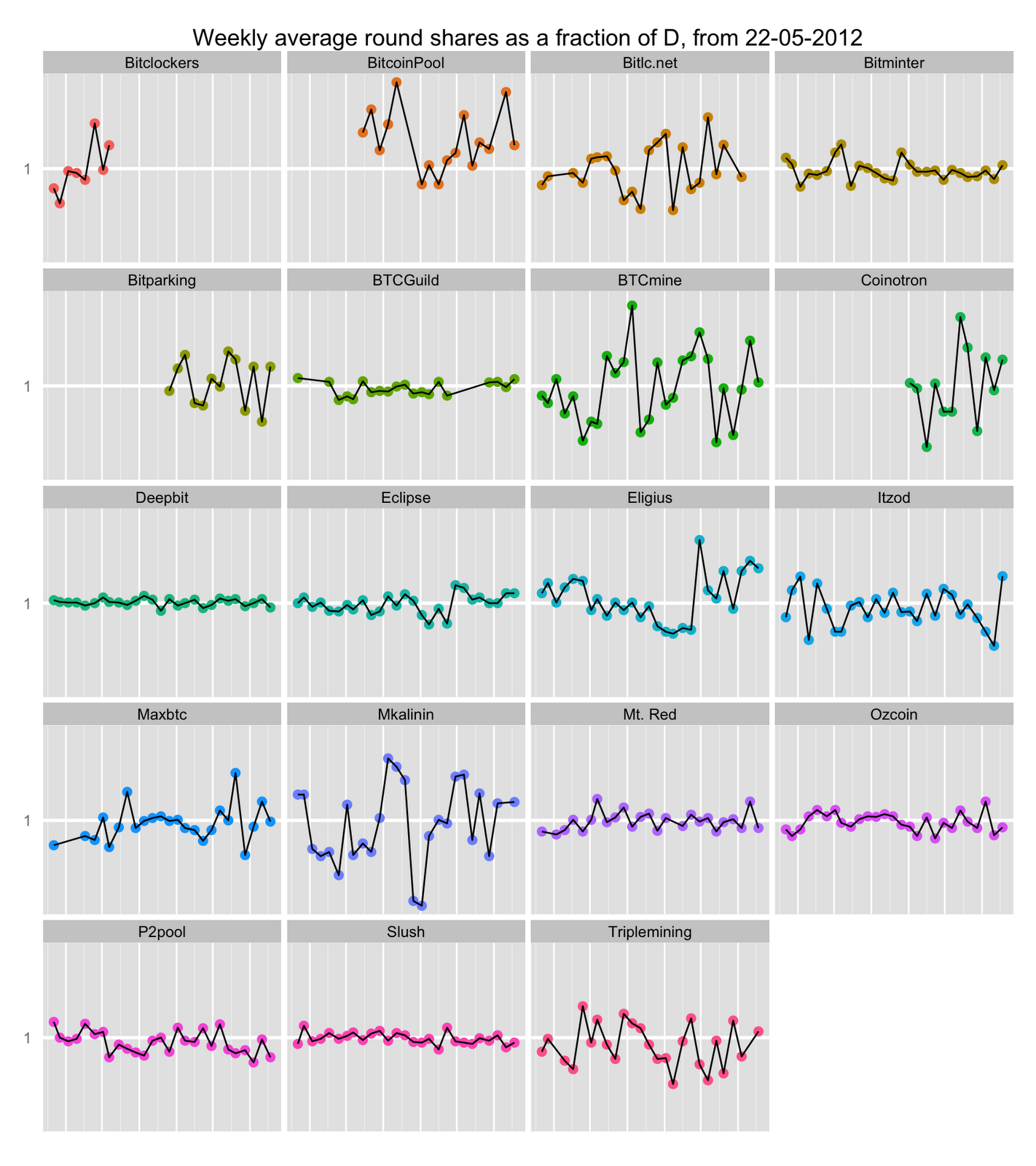 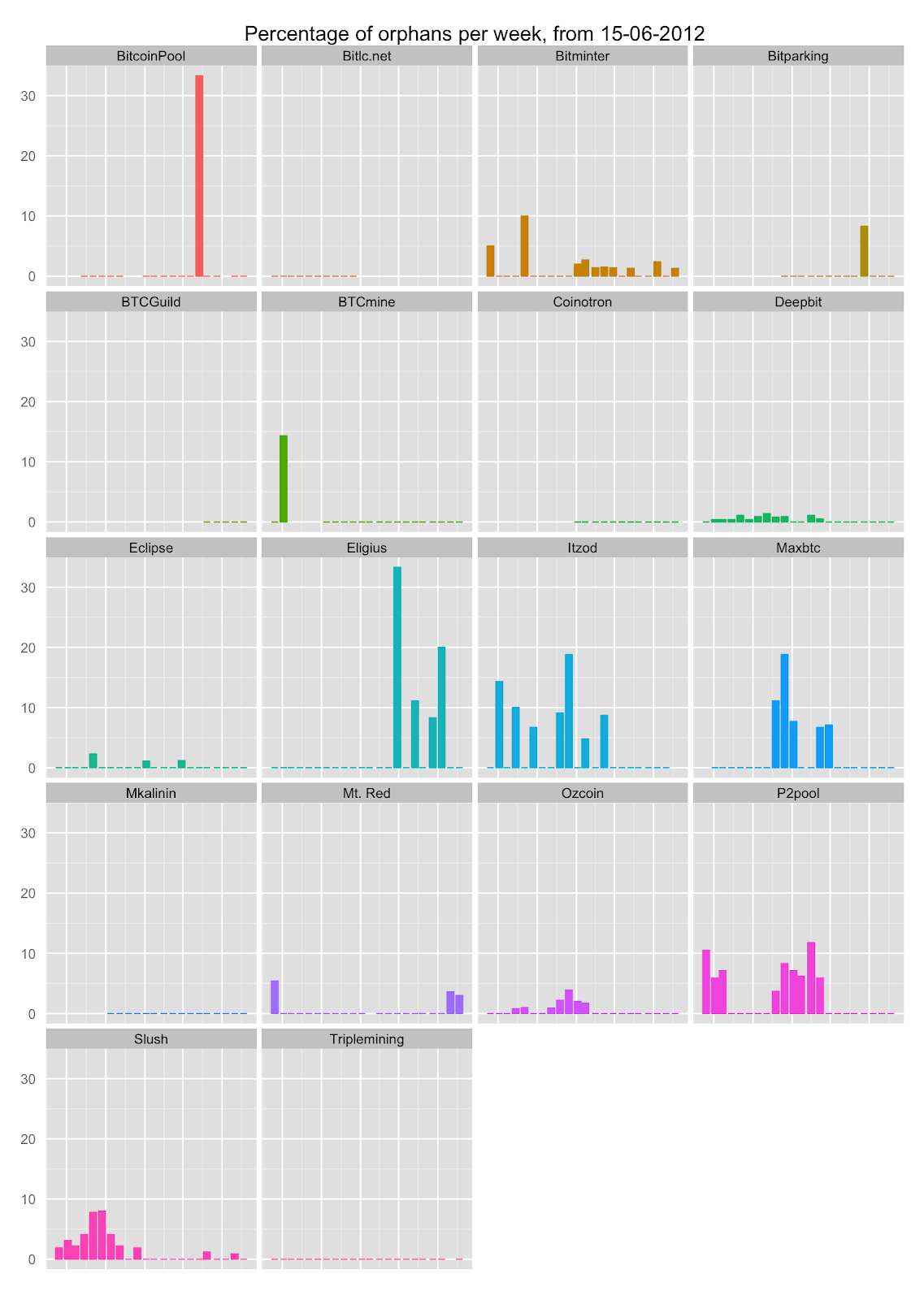 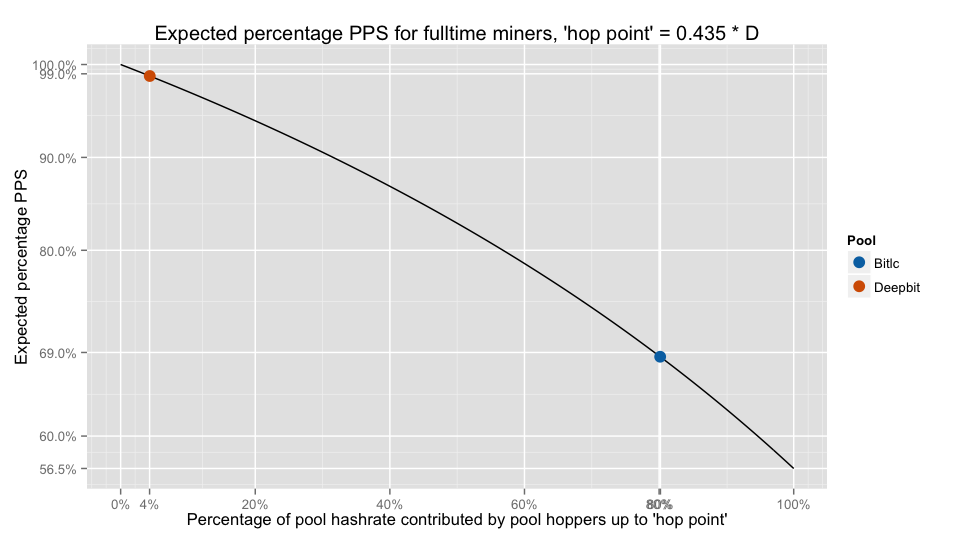 Donations help give me the time to analyse bitcoin mining related issues and write these posts. If you enjoy or find them helpful, please consider a small bitcoin donation:
12QxPHEuxDrs7mCyGSx1iVSozTwtquDB3r
organofcorti at 15:11
Share